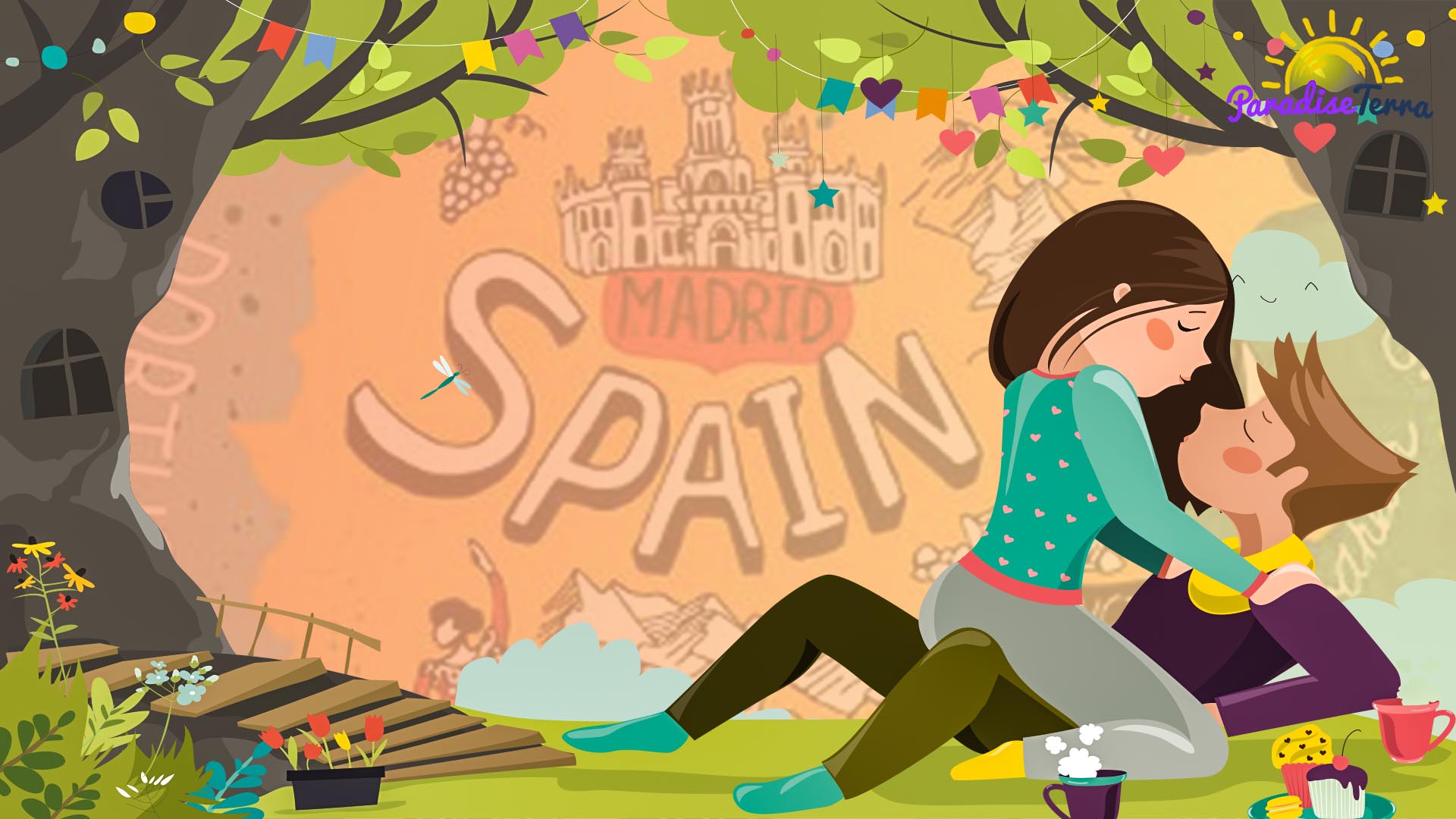 5 Romantic Places You Need to Visit in Spain

Toledo is truly one of Spain’s most breathtaking cities. It was known as the ‘city of three cultures’ in the Middle Ages. A place where people had the peaceful existence of Christian, Muslim and Jewish communities. An astonishingly, rediscovering the remnant of this cultural union remains modern Toledo’s most famous attraction.

Horseshoe-arched mosques, Sephardic synagogues and one of Spain’s popular Gothic cathedrals are the most important part of the historical core. Toledo’s other attraction is art, in particular, the scaring canvases of El Greco. People try to stay overnight to really appreciate the city in all its haunting glory.

Imagine a time machine to take you back in time. If fairytale castles and medieval streets are your taste of romance – then Toledo will surely steal your heart. Be warned: it’s love at first. It still doesn’t fail to work the same magic today. People say that Toledo is considered as the most representative place of Spanish culture. Its historic centre was declared a UNESCO World Heritage site in 1986. Its rocky site is converted into narrow, winding streets, with steep gradients and rough surfaces. Its parts date from Roman and Moorish times.

There are well-preserved gateways from various periods, including the Puerta Vieja de Bisagra (10th century) which was traditionally used by Alfonso VI in 1085. Important buildings which show Islamic influence include the former mosques of Bib-al-Mardom, Las Toernerías; the Mudéjar synagogues of Santa María la Blanca (12th century) and El. The last one mentioned has a fine tower with a chapel which contains the painting Burial of the Conde de Orgaz by El Greco

Of course, it’s top of my list – it’s one of the gorgeous places in Spain, not just for February! People can ignite their weekend of love by a small walk around the Alhambra palace at sunset. Granada is one of the gems of Spain. The long-time capital of Moorish Andalusia has to offer the most important reminds of this beauty in Spanish history. 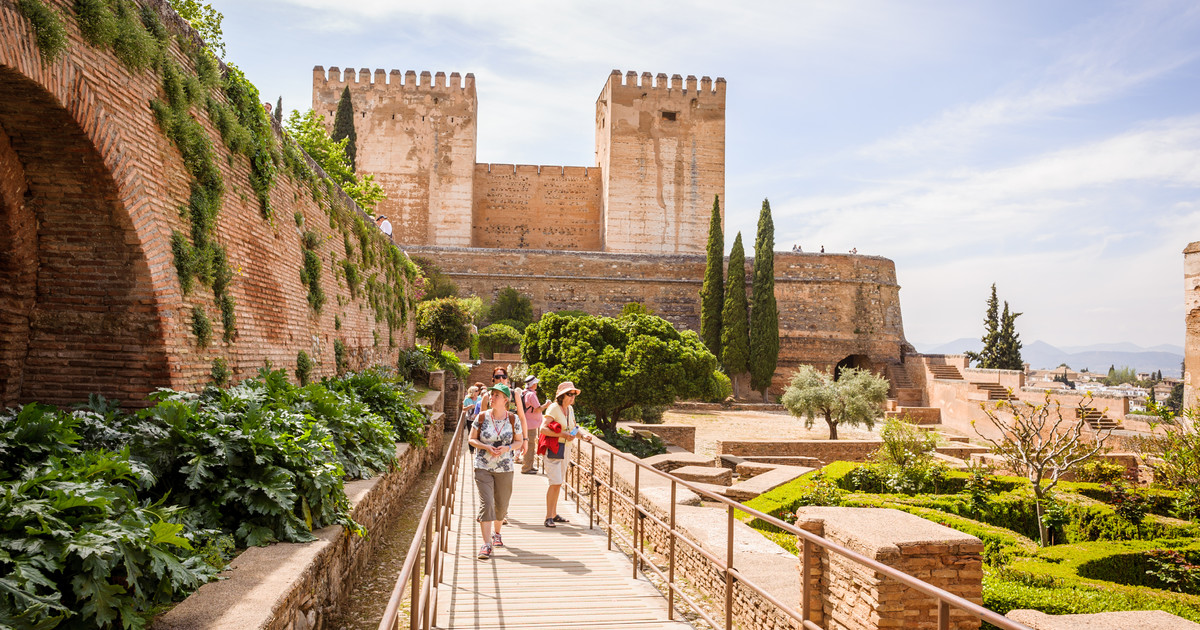 Forget the crowds and bunch of high season, go and enjoy watching the sunset turning the walls of the palace into a beautiful pink colour. Explore the gardens of the Genera life – if you want to smell the roses it is the place needs to be travelled to. Walk through beautiful gardens, attracting narrow streets filled with flowers, sit down in one of those typical gardens to have some of that famous “Trevélez” ham and local wine, and breath the fresh air and historical stories around the world.

There are gipsies singing “Flamenco”. Granada’s popular festivals are the most attractive things present there. It is located at the foot of the “Sierra Nevada”, the Peninsula’s highest mountain with great chances for winter-sports. On the other side, it is not very far from the Mediterranean sea, so Granada is a great place to visit in any season of your wish.

Madrid is the capital of Spain which is located in the centre of the Iberian Peninsula and is the home to the Spanish Royal family as well as the Spanish Government. It is a new age metropolitan city and an industrial and economic centre of Spain. It has a population of nearly 3,5 million people which makes it the biggest city in Spain. It is surrounded by mountains and natural parks. 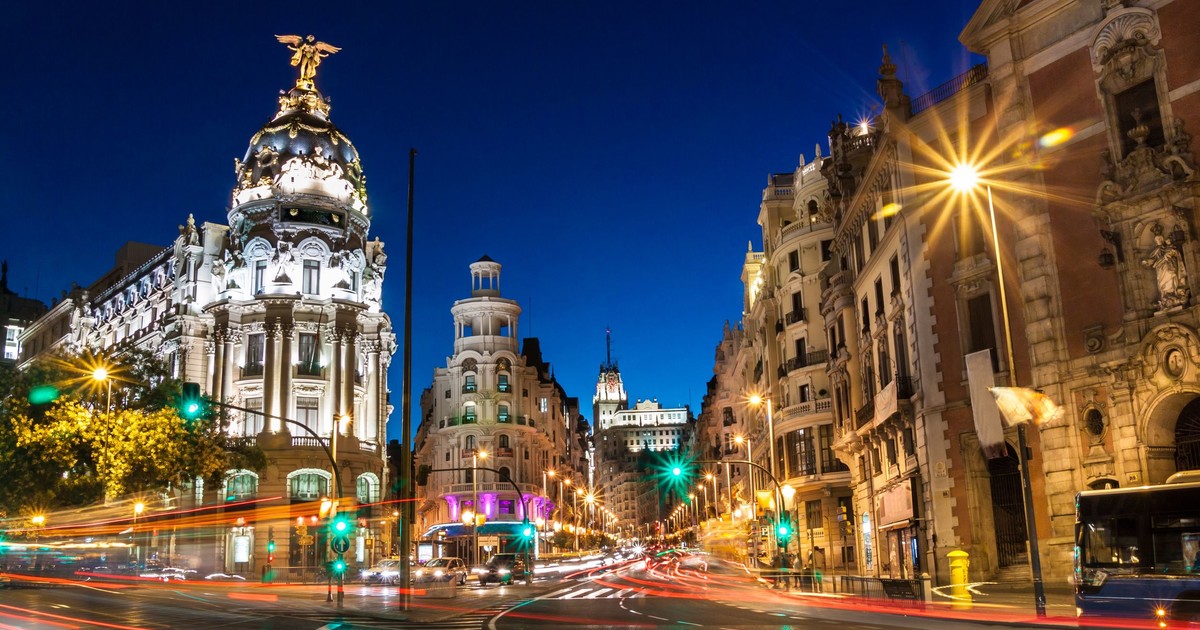 It has been the hub between different spots of Spain. It is connected to all major Spanish cities by train, road or air. The weather in Madrid varies a lot depending upon on the different seasons, taking from hot and dry in the summer and with some rain in the winter. The capital of Spain still has that touch of something which is only for lovers and singles which is alike.

You can explore the galleries and museums of magical Madrid hand in hand, or find a cosy restaurant and a table for two. Take a trip to Retiro park, and rent one of the rowing boats for sure. There is really nothing more romantic. Madrid has a lot of interesting spots that offers both culture and amusement. The city is full of great monuments, like the royal palace, the Plaza Mayor or the many statuettes, and art for those who are interested in this.

The museums Del Prado, Reina Sofia or Thyssen have some of the most awesome collections of popular Spanish painters like Velazquez, Goya, Picasso or Miro. If you like to rides, Madrid has two big amusements parks (including the new Warner Bros park). There are regular international concerts also including big flea markets, parades and other activities which usually goes on all day. If you like going out late at night, Madrid has a very interesting nightlife for the whole week and which is available every time for the whole year. You can go and eat at a very nice restaurant, go to the cinema or find nearly any type of bar or disco.

Also Read: 10 Things You Should Not do During Vacation

Close your eyes and imagine the perfect sunset, you and your love bud strolling arm in arm on a perfect beach. The romantic weather will almost certainly be a bonanza. Lanzarote is one of the Canary islands which has it got everything perfect from the weather to the sunset and feeling all year round and makes the ideal romantic place in February. I would recommend you to take a quieter break to Lanzarote. 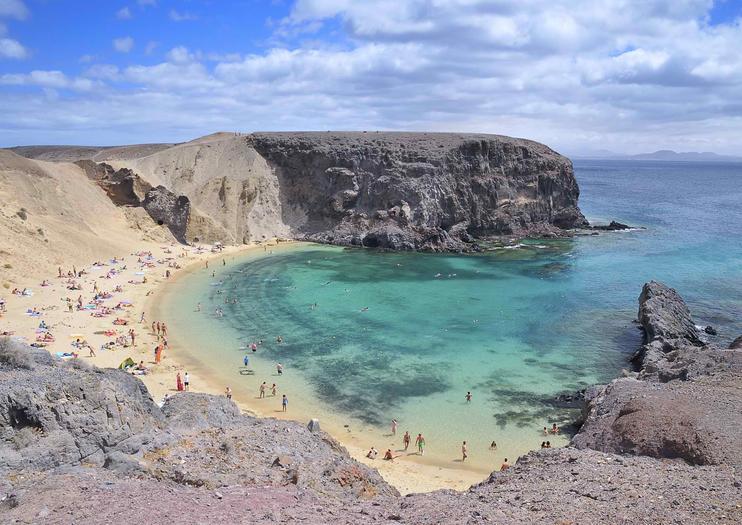 If you have kids then not a problem man!!! If your kids are sick of the same old beach holiday you take every year, please take them to Lanzarote. There are great beaches. This UNESCO World Biosphere reserve has unique spots and attractions. Taking volcanic rides in volcanoes or eating at a restaurant in volcanic are can be super fun. Even the most boring teens will be impressed.

Teruel surely makes my list of romantic places. Why? Ah, let me tell you a story. In 1217 a young couple – Diego and Isabel –  fell in love, but in a truly modern fashion but he wasn’t good enough for her family. Sending him away for 5 years, Isabel’s made his daughter married off to a more suitable boy.

On her wedding night, Diego came back and begged her for a kiss. She refused, thinking not to betray her new husband, and so he died. The next day dressed in her wedding dress, Isabel laid on top of her lover’s coffin and passed away broken-hearted. The two were buried together. Now they are decorated in tombs in Teruel and much visited by people all year round.

If you’re in the character for some Romeo and Juliet old-style romance, then take a trip to mountainous Teruel, and enjoy yourselves in them. It is a city of legends. Thanks to the famous story of the lovers of Teruel, it now also has charming corners like the central Plaza del Torico, the aqueduct of the arches on the outskirts, references to a more modern Teruel.

Albarracín, Mora de Rubielos and other places nearby make the best complement to a visit to this awesome place. Teruel preserves an important medieval legacy in its historic centre. San Pedro is the gem of a group of Mudejar monuments declared as a World Heritage Site. There are historic places near the city in Teruel like Albarracín, declared a National Monument.